Members of The North Coast Wine Club entered six of our wines in the 2017 WineMaker International Amateur Wine Competition, the largest amateur winemaker competition in the world.  There were:

We received awards in two categories: 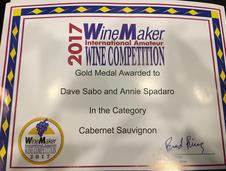 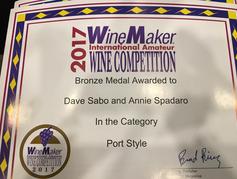